home > About Us > Press Coverage > Financial Mail on Sunday

THEY were boring days but they were happy days – if you liked being a cog.

The corporate ladder to comfortable retirement beckoned those who kept their shoes clean and laughed at the boss’s jokes.

Today, computers do the repetitive tasks at knockdown prices. People lucky enough to have kept their jobs must show the flexibility once associated with the self-employed – hence the surge of interest from some of the toughest companies in career counselling.

Staff can go to the on-site career counsellor and let rip about anything, from how they hate their job to how they could take the boss’s place.

Another touchy-feely fad from America? Don’t believe it. Employers are convinced it is a small price to pay to ensure that staff give their best.

Layers of management used to take care of decision-making. Now all employees are expected to show initiative, and if they perform badly the organisation suffers. 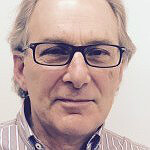 Rob Nathan, of the long established Career Counselling Services in South London, is blunt about the reasons for the trend – “The organisation won’t carry people any more. It won’t allow people to stagnate. It’s the same in most organisations.”

What made the drugs group take up career counselling ahead of the pack? Nathan says: “The workshops stemmed partly from people asking for meetings with Personnel Managers. Somebody might ask how reorganisation was going to affect him, and inquire what other opportunities were available.”.

Wellcome realised this was an opportunity to harness unfulfilled ambitions for the group’s benefit.

Nathan is emphatic that, at its most successful, career counselling takes a broader approach than career guidance.

Career guidance, he says, assesses People’s skills and slots them into the right job. That was fine when jobs were for life.

Career counselling is meant to enable people to look at their interests and abilities and decide what they want to do as the world changes around them.

Last month Career Counselling Services held the first courses on the subject. Nationwide building society sent its personnel manager, Paul Mehra. He says: “It enabled us to practice career counselling by putting us through the process.”.

He says that career counselling improves the morale of the workforce because it shows concern for staff. More tangibly, it enables employers to gain from their staffs’ hidden talents and interests.

“Organisations are changing so fast that people must be more flexible in what they do – for example, in moving from retail to marketing, …” he says. “It’s also an opportunity for the organisation.”.

To tell workers how they need to adapt to changes such as new technology. The employer can identify the skills needed and work out whether they can be developed in-house, as Nationwide likes to do if possible, or whether they should be bought in.

Nathan adds, however, that as a result, workers cannot expect to move automatically to more senior positions. “There’s more opportunity for development, but less for promotion.”.

One aim is to ensure that workers choose the most fulfilling job from the much wider range now available. For example, an engineer drifting into management because of corporate change should be sure he is not leaving the work he values.

Some of the technological giants have used career counselling to help employees to adapt to change. A careers action centre set up by Cable & Wireless takes 1,500 calls a month from employees. The group is to follow up by starting other centres.

Is career counselling redundancy in sheep’s clothing? Nathan insists that usually it is aimed at people who mean to stay. He says career counsellors will tell workers what qualities are needed and advise them to say to the boss: “Hey, I’m really interested in this. I could do it really well. Let me have a go.”.